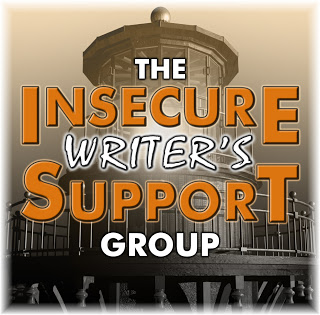 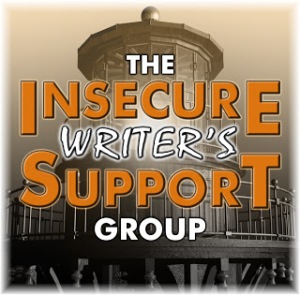 This post is part of the Insecure Writer’s Support Group blog hop. The first Wednesday of every month is Insecure Writer’s Support Group day. Post your thoughts on your own blog. Talk about your doubts and the fears you have conquered. Discuss your struggles and triumphs. Offer a word of encouragement for others who are struggling. The awesome co-hosts for the March 1 posting of the IWSG will be Tamara Narayan, Patsy Collins, M.J. Fifield, and Nicohle Christopherson!

My insecurity this month revolves around the fact that the second novel in my Kentucky Haints series, White Witch Magic, came out on February 21st. Well, I’m not insecure about that actually, that was pretty awesome, and it’s gotten some nice reviews and generally been well-received.

The thing is, I wrote the first and second book one right after another, a couple years ago. The story arc definitely needs a trilogy to be complete and wrap up the loose ends I left hanging at the end of the second book. I even know how I want to tie those ends up. However, I’ve written about a chapter of the third book so far and I’m feeling kinda bleh about the whole thing, just wanting to move on to something else.

I feel like if I put myself to the task I can probably complete the third book and wrap it up nicely. But I’m also wishing I wrote it when I wrote the other two, before the fire dwindled and my passion for the story dampened. Ugh. Have you ever found yourself in this situation? What did you do? Maybe simply working on the book will bring back my interest in the series. Goodness knows when I put my fingers to the keyboard and write, instead of procrastinating and whining, magical things happen.

March 1 Question: Have you ever pulled out a really old story and reworked it? Did it work out?

One thing I’ve learned for myself is to let sleeping dogs lie. I’ve tried to reawaken stories a couple times and discovered that if I had really wanted the story to come to fruition, I would have completed it and made more of it at the time. Not to mention the further back in my writing I go, the worse it is and the more work it needs to be brought up to my current self-standards.

However, I have taken scenes from scrapped stories, reworked them, and put them into new stories. It’s a very patchwork quilt method of writing. That’s why we keep a scrap box!

20 thoughts on “The Thrill Is Gone”