Black Mountain Magic comes out today! Do you like your paranormal romance with a little southern humor, a lot of misbehaving Lycans, exasperated witches, and monsters roaming the deep, dark woods of Appalachia? Get a copy today! 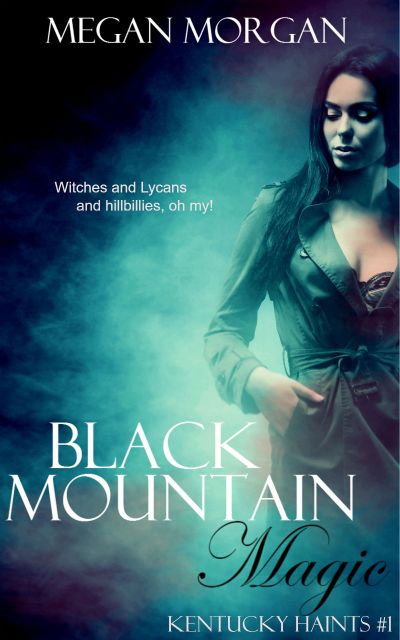 Witches and Lycans and hillbillies, oh my!

Lorena Mills is a witch, but she’s not very good with potions and incantations. Working for a government agency that puts down dangerous uprisings of supernatural creatures, she does much more paperwork than spell casting. When her less-than-magical job lands her in the small Appalachian town of Blue Ditch, Kentucky, in the shadow of Black Mountain, her life starts to get a whole lot wilder.

In the forests surrounding the town, Wolvites—twisted, bestial creatures who hunt and kill humans—are posing a threat. When handsome, charming, and altogether reckless local Deacon Kelley insists on taking matters into his own hands, Lorena has more than monsters to worry about. He won’t stay out of her way, and he won’t take no for an answer.

Deacon is a Lycan–in modern terms, the non-shifting descendants of werewolves–and he and his family have protected Blue Ditch for generations. But now, something too sinister to be controlled by their efforts alone is stirring, and the Wolvites are far more vicious than they’ve ever been. Will Lorena be able to stop the threat and uncover the deadly secrets surrounding it before it’s too late?

To keep the town, and Deacon, safe, she’ll have to—and she’s really starting to like this town.

I’m also giving away two paperback copies on Goodreads! Enter for a chance to win!