Today I’m taking part in the Lost & Found blog hop!  This special blogging event was inspired by a collaboration between Arlee Bird and Guilie Castillo-Oriard. Joining in will be Elizabeth Seckman, Yolanda Renee, Denise Covey, and Alex J Cavanaugh. This Valentine’s blog hop focuses, of course, on love lost and found. Participants are invited to contribute true stories, fiction, essays, poetry, song lyrics, anything having to do with love lost and found! The full list of participants can be found here.

I’m a big fan of romantic movies, or movies with a romantic sub-plot. Chick flicks, romcoms, sweeping love stories–maybe that’s why I’m a romance author, or maybe I just love a good story about love. I tend to like romantic stories with a ‘tragic’ twist the most, so the theme of this blog hop–love lost, and love found–is the perfect subject for me.

Listed below are my top five (in no particular order) movies that explore the theme of love lost and found. I’ve linked each one to the trailer for it on YouTube and I’ll try to keep it as spoiler-free as possible!

Cold Mountain – Based on the book by the same name, this movie stars Nicole Kidman as Ada, a minister’s daughter, and Jude Law as W.P., a young man eager, like the rest of the men in his small North Carolina town, to go off and fight in the Civil War. I have a fascination with the Civil War era as well, so of course the elements of tragic love coupled with the time period makes it one of my favorite movies. Ada and W.P. have a very brief romance that never goes beyond longing looks and a single kiss before he’s whisked off to war, but their fantasy of romance with each other is what pulls them through the many long, hard years that follow for both of them. Ada imagines that he’ll return and rescue her from the despair and poverty her life falls into, and W.P. imagines that she’ll give him love and stability after the horrors of war. When they’re reunited after a long, torturous time apart the results are less than glamourous, and of course their love affair doesn’t have a happy ending because it’s a movie about war. However, the theme of love being the foundation of hope in trying times is a powerful one.

Legends of the Fall – Originally a novella by the same name. Despite this movie having a complex cast of characters, the real story is about Tristan (Brad Pitt), the raw, restless, eccentric, (and absolute romantic hero archetype) middle child of a retired Colonel in the wilds of pre-World War I Montana–and of course, the women who love Tristan.  One of these women is his youngest brother’s fiancée Susannah (Julia Ormond), who ends up abandoned with this volatile family when her husband-to-be is killed in World War I. She falls in love with Tristan, who is flighty, tortured, and never fully loves her in return. She ends up marrying their oldest brother Alfred, but never lets go of her lost love with Tristan, to an ultimate tragic ending. There is also a great side story about lost love–the Colonel’s wife cannot bear life in Montana, and though they still love each other, she continues living on the east coast and they write to each other.

The Bridges of Madison County – Based on the uber-bestselling book of the same name and starring Clint Eastwood and Meryl Streep, this is the story of a four-day passionate, engulfing, and ultimately heartbreaking affair between an Italian immigrant woman and a photographer in 1960’s rural Iowa. Francesca and Robert meet while he’s taking pictures of bridges near her house and embark on a short, but very heated, affair in her home while her husband and children are away. In the end, though she has the chance to run away with him, she opts to stay with her husband and children. If you’ve ever seen this movie, the heart-rending stop light scene probably comes to mind. A story of love found…and ultimately, wholly lost.

The Bodyguard – I get a lot of good-natured teasing when I tell anyone this is one of my favorite movies of all time. I fully admit the plot is contrived and silly but I can’t help it, I love it! Whitney Houston plays Rachel, an internationally-famous singer (a stretch for her, I know), who finds herself menaced by an obsessed fan and eventually, a jealous relative. Kevin Costner plays Frank, a no-nonsense former secret service agent turned bodyguard who is hired to protect her. Despite Frank’s surliness and resistance, they end up falling passionately in love (and lust) despite their different lifestyles and professional relationship. It’s wholly the plot of a romance novel, I accept this. The ending is ambiguous, as it’s very hard for them to be together given their lives, but it’s obvious they love each other. Love was found…but was it lost?

Brokeback Mountain – Based on a short story and probably one of the most well-known and obvious inclusions to the love lost and found list of movies. The story explores the subject of sexuality through two young men living in a homophobic culture in 1960’s Wyoming, and the way hiding their true selves tears both of them apart. Ennis (Heath Ledger) is determined to never have his sexuality exposed, marrying and having children and trying to live a ‘normal’ life, while the man he loves, Jack (Jake Gyllenhaal) is a little less graceful about going through the motions of pretending to be straight. Their love is lost and found over and over again, to a horrendously painful ending.

Check out the other participants in the blog hop. Click the button below! 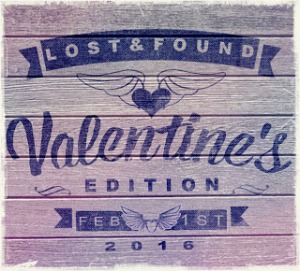