In case you don’t follow me on social media and haven’t already seen, my big announcement is that I’ve just signed a contract for One Night In Cleveland, a novella that will be part of Tirgearr Publishing’s City Nights series! I’m already part of the City Nights series with One Night In Chicago. The series is a lot of fun to write for and I’m very pleased to get another spot on the list.

So what will One Night In Cleveland be about? Here’s the blurb:

Chef Matt Fattore lives a clean and lawful life—so he doesn’t expect to meet the woman of his wet dreams by being arrested by her. When Lieutenant Caylee Benton of the Cleveland PD mistakes him for a wanted burglar, Matt finds out fantasies sometimes land right in your lap—and frisk you.

Sparks fly despite the misunderstanding and Matt decides to take a chance and take her out—and maybe, take her to bed. But Caylee is more than just a beautiful woman with a badge and a gun. While Matt is falling in lust with her, she’ll become his hero, too.

Matt is about to spend the wildest 24 hours of his life in Cleveland, and if he’s lucky, be in handcuffs by the end of the night.

The release date will tentatively be toward the end of this year, but that’s no way set in stone yet. I’ll keep everyone posted! In the meantime, you can enjoy the other books in the series. Maybe start with Chicago? 😉

And yes, I do live in Cleveland! I thought it was time to write about my fair city by the lake and all the naughty shenanigans one might get up to here… 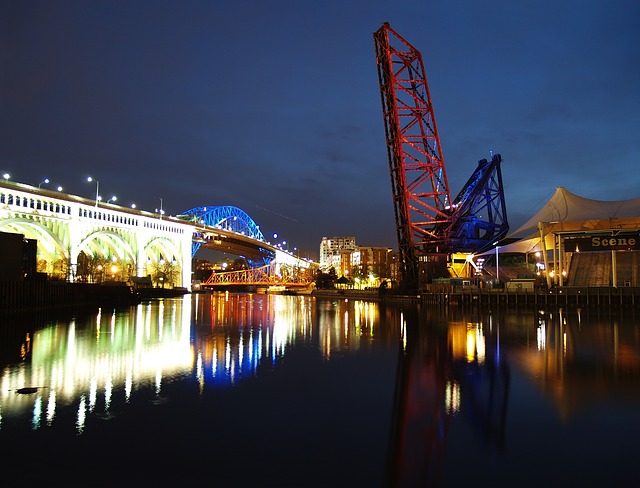