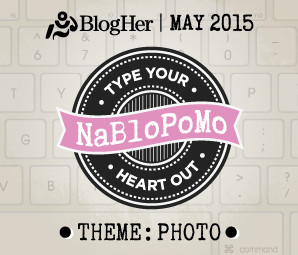 During the month of May I’m doing the NaBloPoMo challenge–blogging every day of the month on the theme of photos.

My biggest accomplishment in the past couple years was signing a three-book deal with Kensington Books for my Siren Song urban fantasy series. When I originally signed the contract, I fully planned on making the series a trilogy and stopping there. Now that I’ve actually written the entirety of the three books, I’ve discovered the series needs at least another book to wrap it up. So much for that! My creativity never seems to play by the rules I try to set up for it. I really wanted to wrap up the series with a nice tidy bow on book three but the story would have none of it. It’s okay though, because I love the world I created and I’m happy to play around in it some more. I just hope my publisher feels the same!

Learn more about it here.

Book two comes out November 10, 2015–just in time for the holidays! I have the cover but it hasn’t been officially ‘released’ yet, so I can’t show it off. The third book comes out in May 2016.

And as for the fourth? We’ll find out…